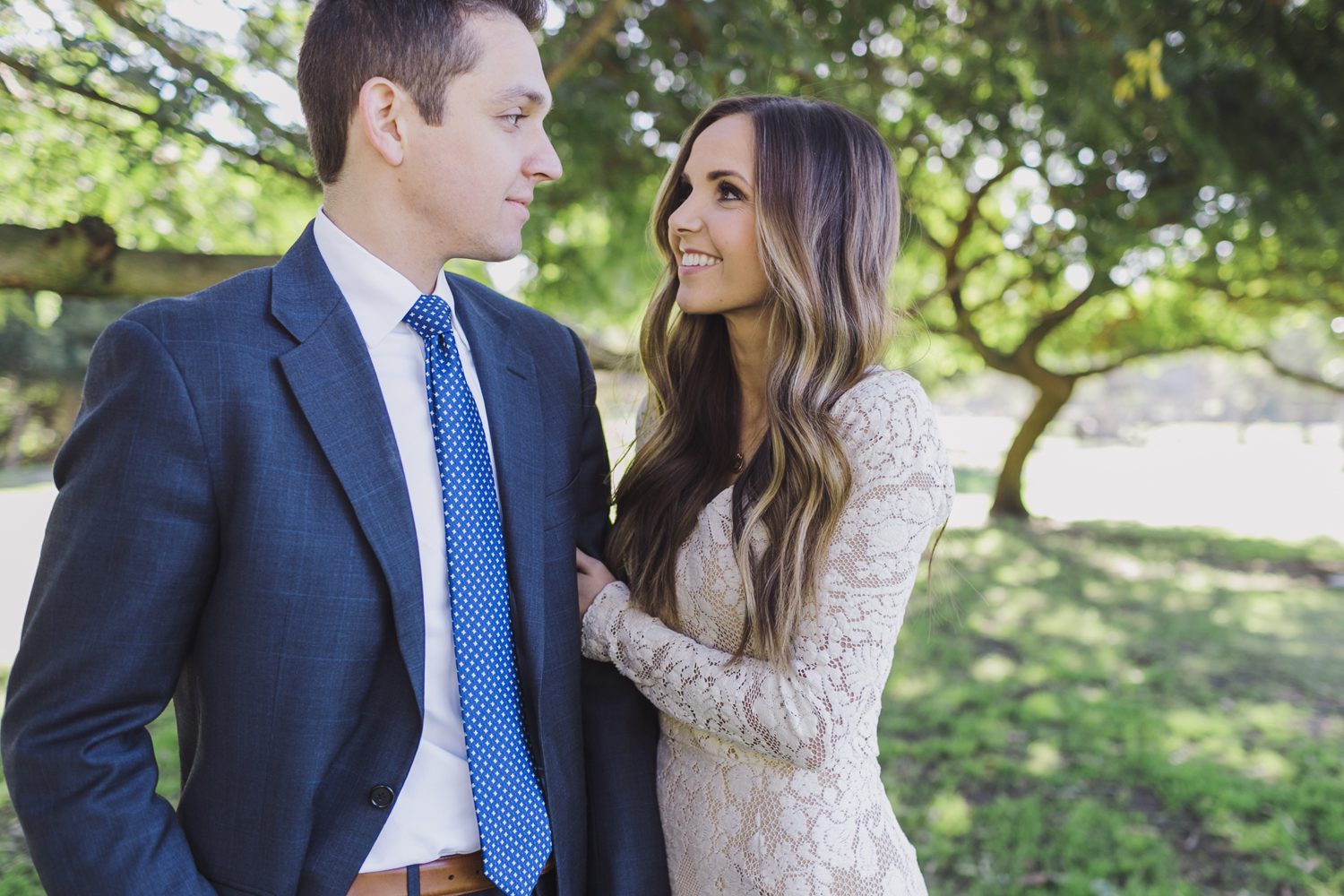 Have I told the story of how Philip and I met? I don’t think I have, and today we are celebrating our ten year anniversary — TEN YEARS! — so it only seems appropriate.

I had just returned back to BYU in Utah from a college semester abroad in London, England, and Philip was about to start his last semester at BYU. I found an apartment to live in for the summer and he lived down the street. I didn’t know the roommates I moved in with, but the week I moved in, they invited me to a midnight movie and invited one of Philip’s best friends along. Philip was home in Arizona for the weekend so he didn’t come, but the next day he returned to Utah and he and his friend stopped by our apartment to say hi.

I was instantly enamored, and we quickly hit it off. He asked me on our first date a few days later, and within a week we became inseparable. He was doing an internship for the summer and I was only taking three credits, so we had a good amount of free time to spend together, and spent every possible waking moment together. That summer we went on countless walks around the city, learning about each other, sharing our goals, favorite things, and everything else we could think to talk about. Within a few weeks I knew I was supposed to marry him. We both knew early on, and although it was quick, we both knew it was right.

At the end of the summer, he asked me to marry him. He bought me a beautiful engagement ring with his grandmother’s diamond that his grandpa had given to him after she had passed away, and we were married that winter in Salt Lake City.

At the time, even though I knew he was the right one for me, I had no idea how happy the next ten years would be, and just how good of a husband Philip would be for me. He encourages, motivates, and supports me in everything and anything, he’s an incredibly hard worker, he helps me be a better person, and he loves me unconditionally.

Our story isn’t glamorous or dramatic, and our story seems to have been a foreshadowing of the next ten years, because these ten years haven’t been glamorous or dramatic either. My mom once said that she loved that my dad was predictable, and Philip is absolutely that way too. I love that I can rely and depend on him, and and he’s always constant. Our life we’ve built is normal and simple, filled with diaper changes, homework, house projects, laundry, and playing legos, but also a lot of little conscious actions that make us happy every day.  Like everyone, the last ten years have had ups and downs with lots of fun and happiness, but also moments of heartache, stress, and trial. But there’s no one I’d rather be on a team with as we raise our little brood of babies and work toward the next ten years and the next and the next. 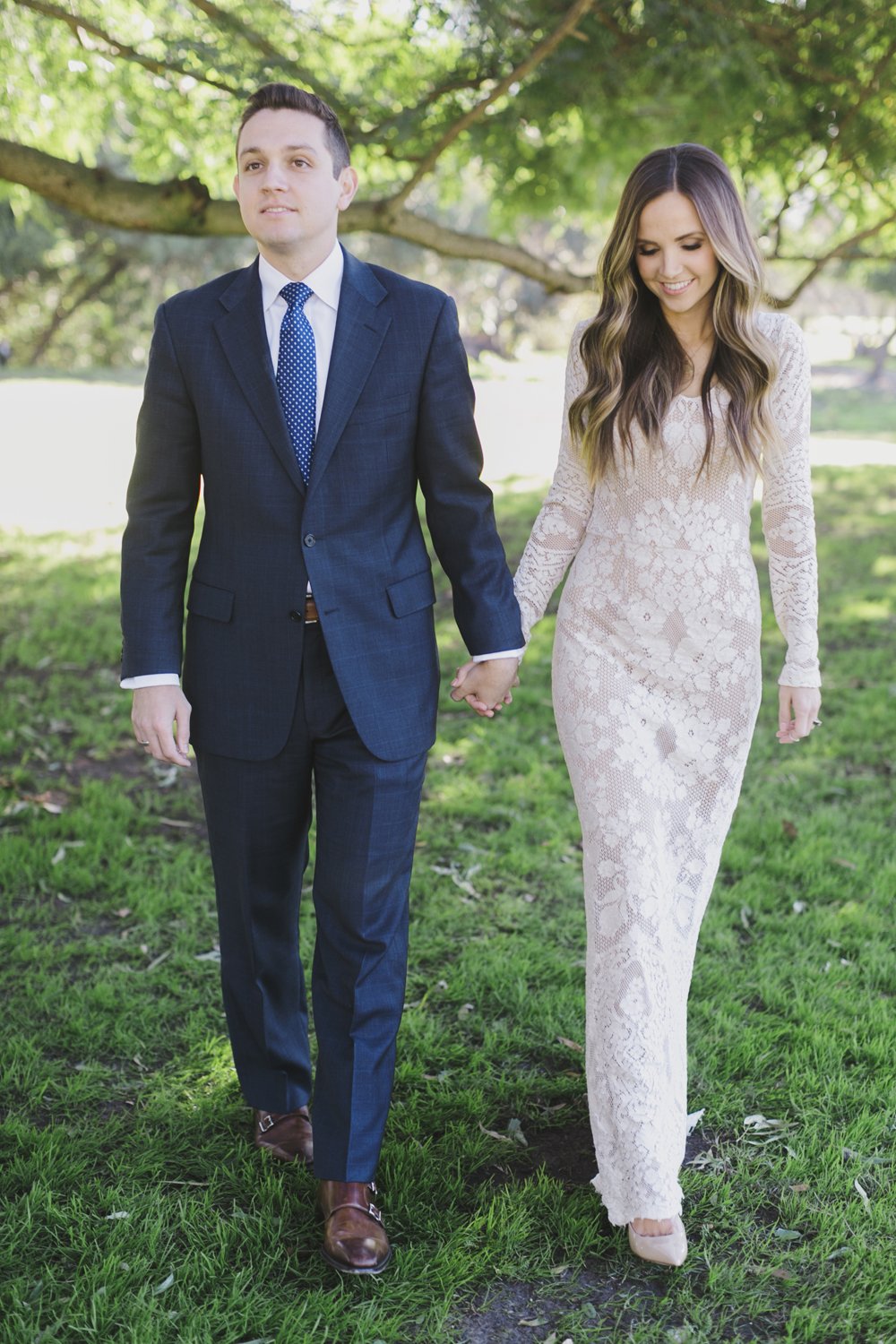 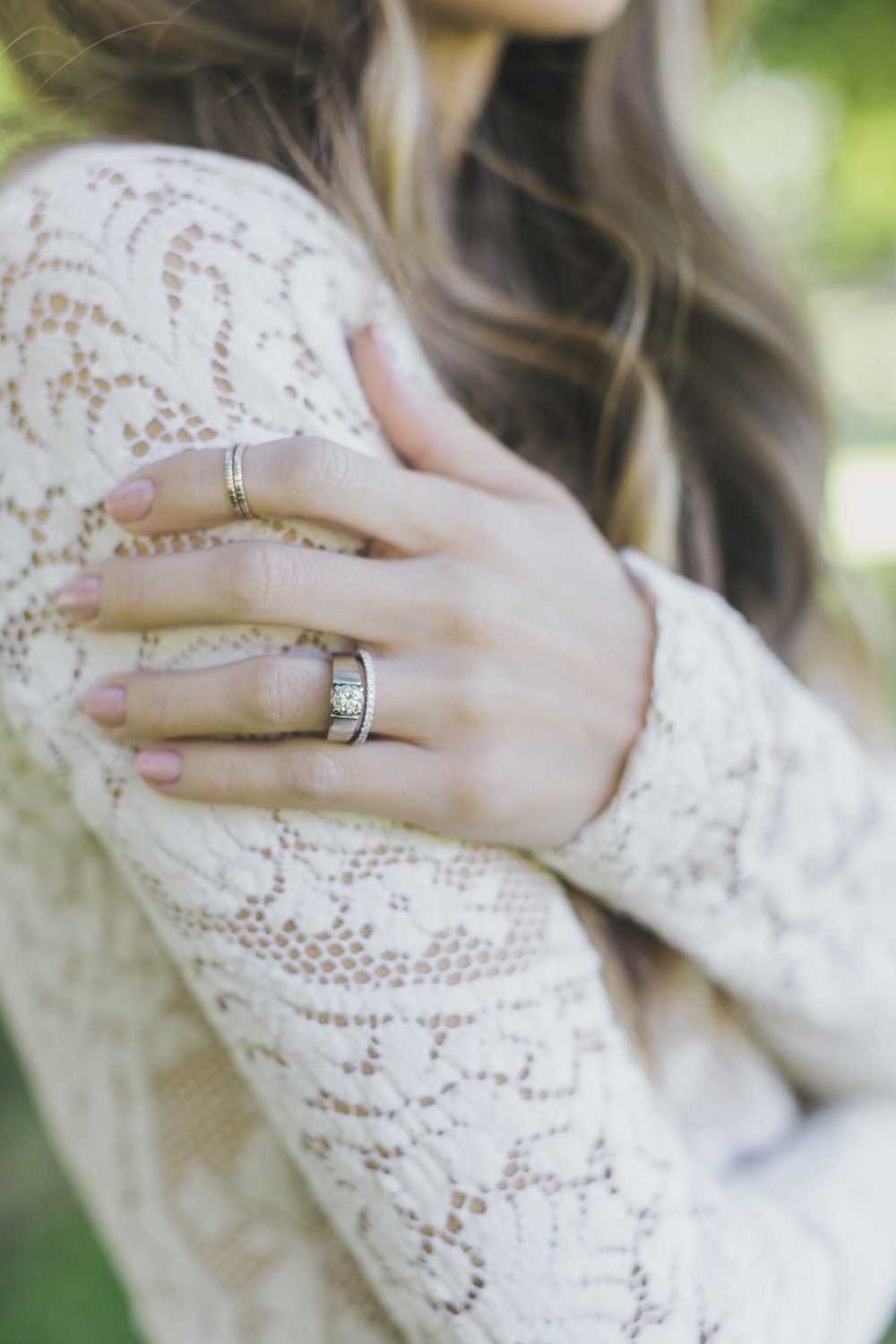 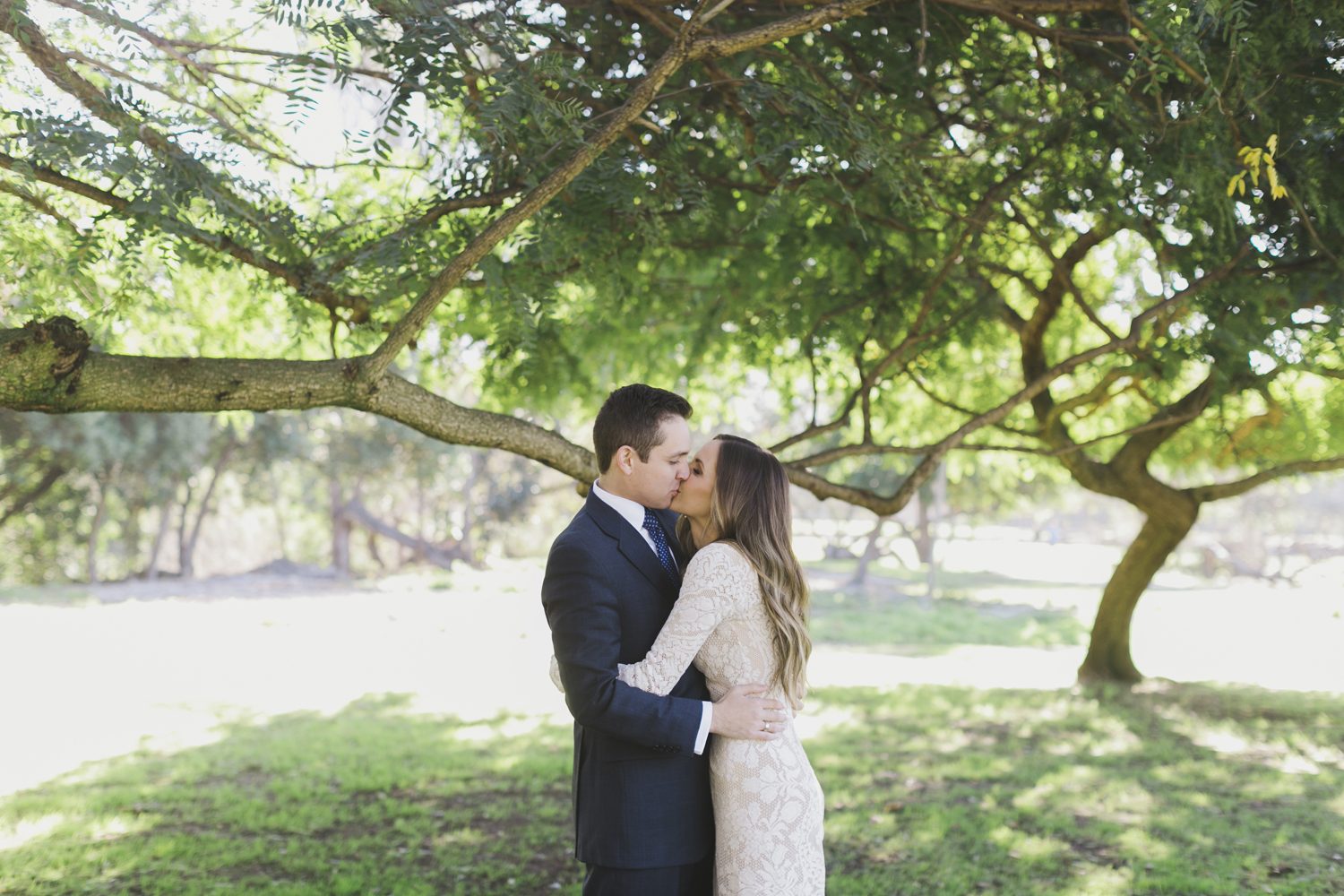 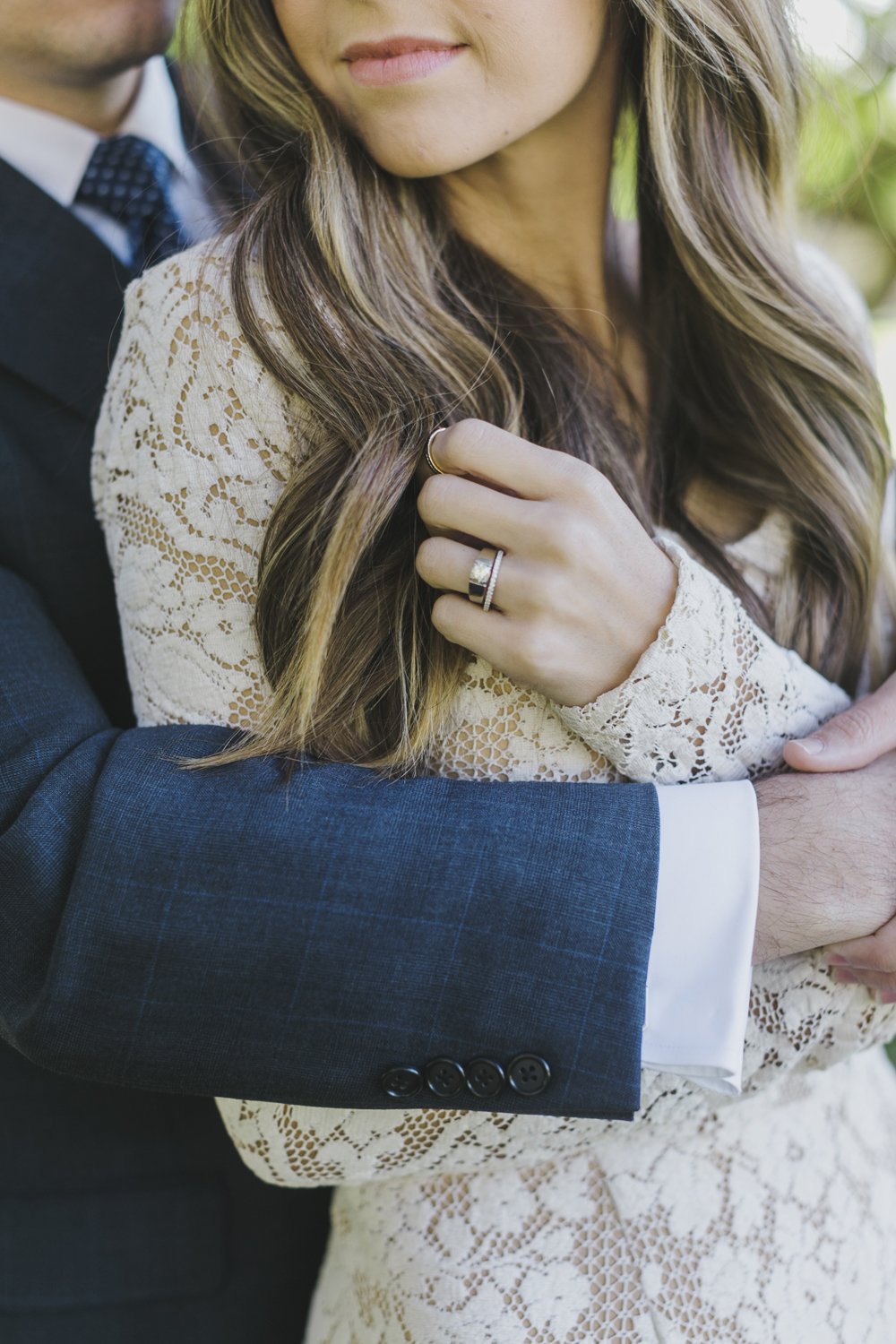 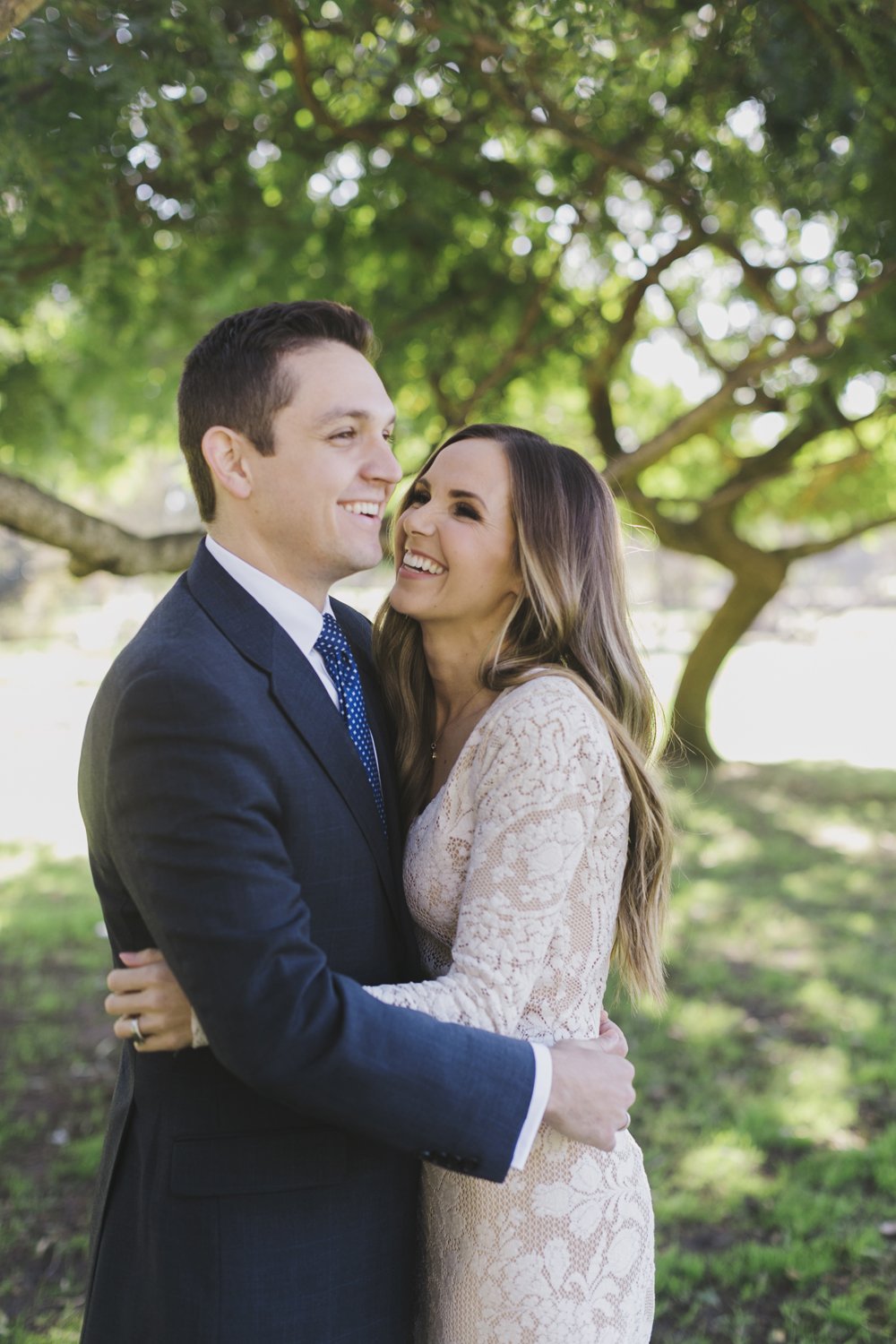 I’ve been thinking about this big milestone anniversary for the last year or two, and wanted to do something big and special to celebrate. We initially decided to throw a combined 10 year anniversary and New Year’s Eve party, but then we bought our new home at the beginning of the summer, and since then we’ve been moving at top speed with work, school, moving, travel, and day to day life, and throwing a party was too big of an endeavor. But as our milestone anniversary crept closer I knew I still wanted to do something special.

We both love giving each other gifts, but we both wanted something special and that I could use all the time, so of course jewelry was the perfect choice. For our five year anniversary, Philip bought me a beautiful diamond ring for my right hand, so this time we looked for a band to pair with my wedding ring.

We went to Jared and together we looked at their incredible selection of stunning wedding bands. We have similar taste, so we quickly found several that we both really loved. We finally decided on a gorgeous diamond Vera Wang band from her LOVE Collection. They had an incredible selection of the latest pieces from this collection, and I loved the one we chose because it was classic, very complimentary to my wedding ring, and so sparkly. 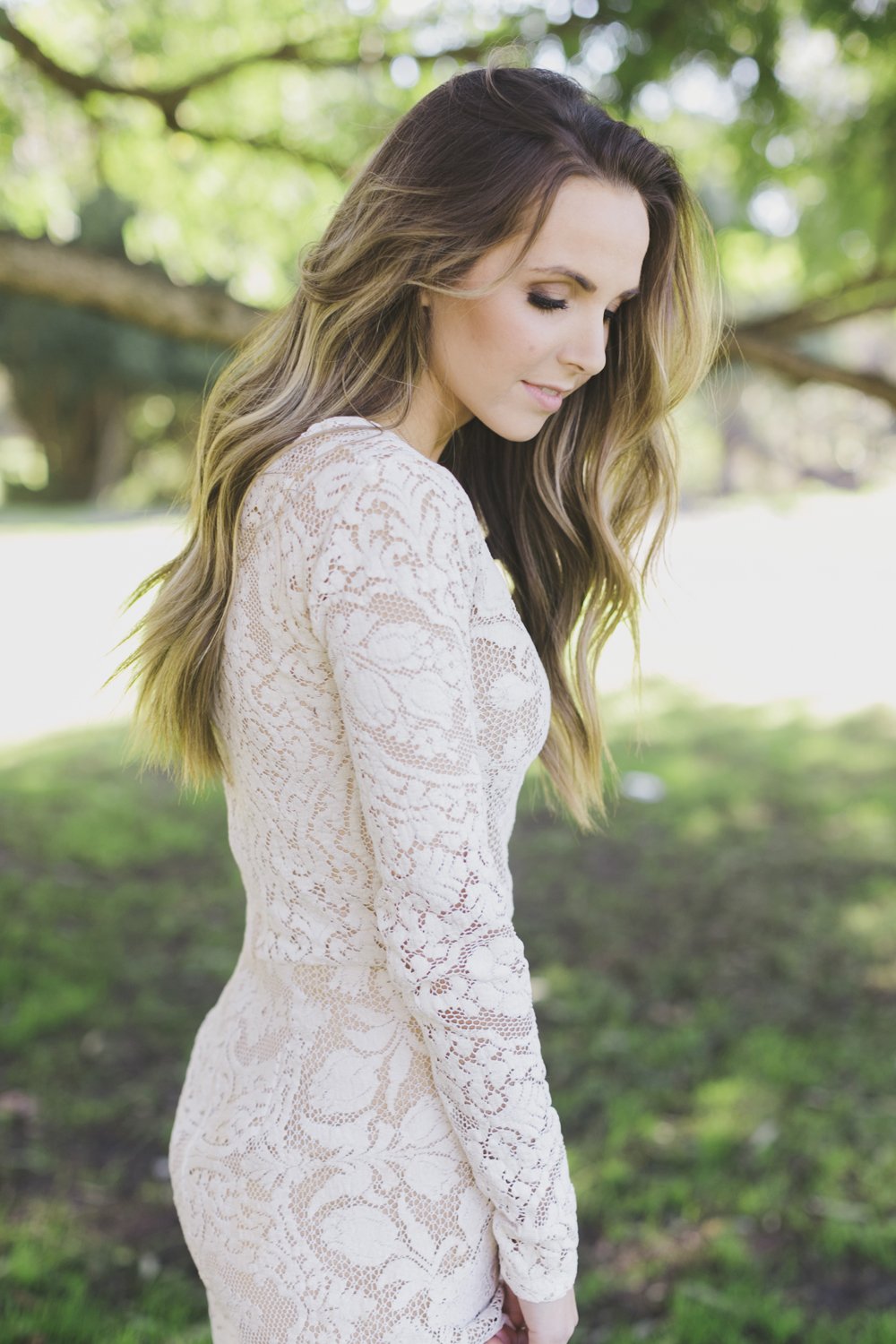 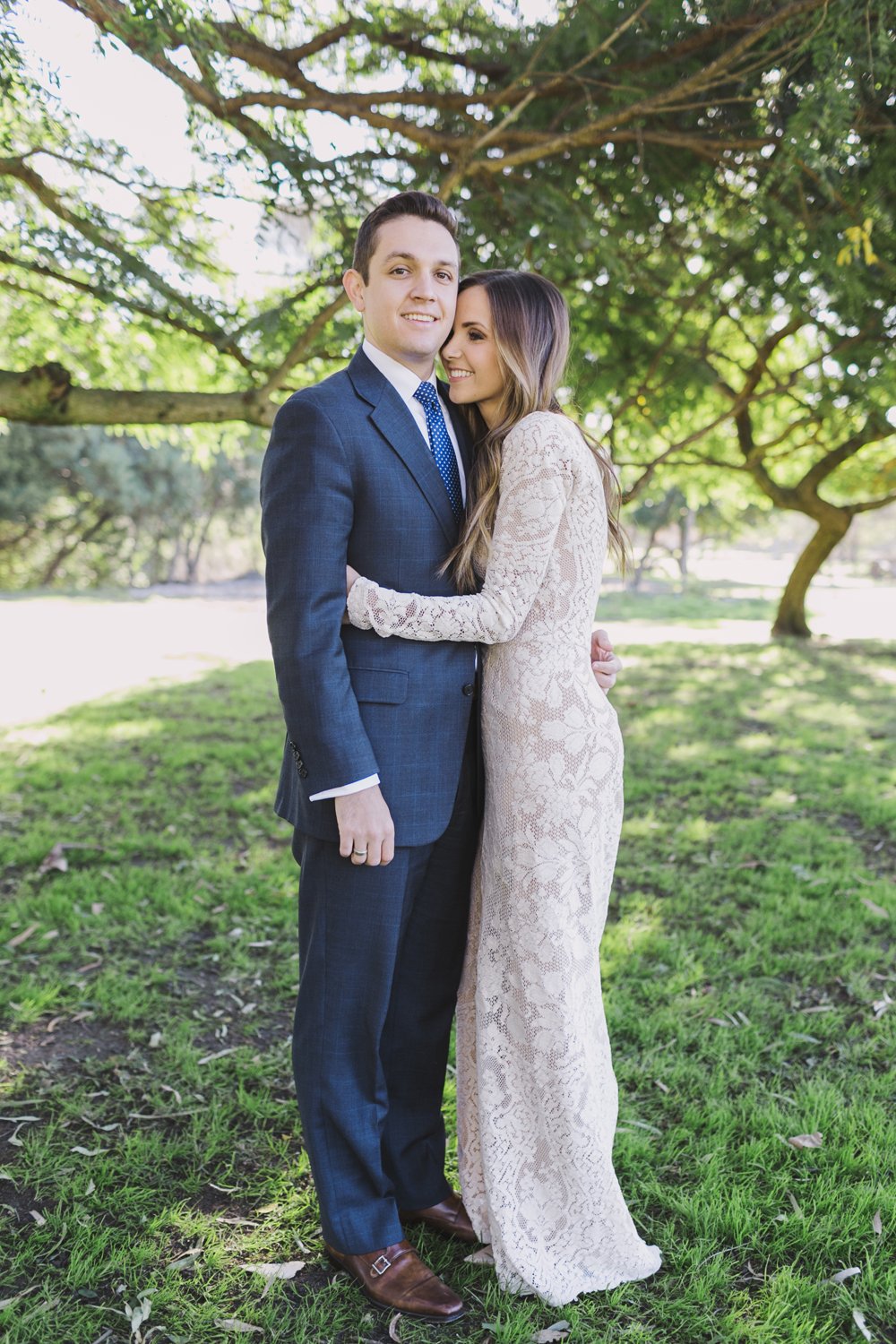 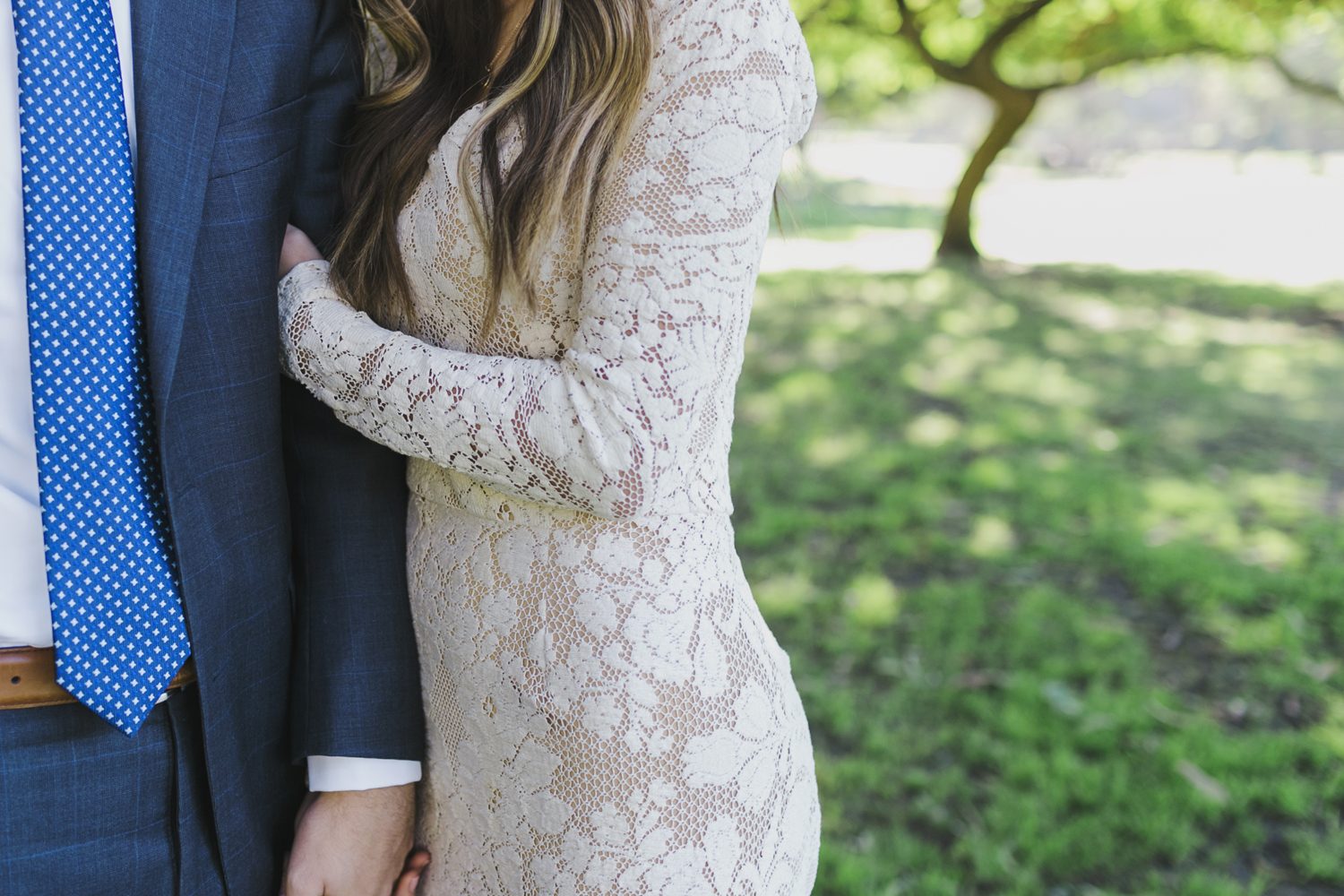 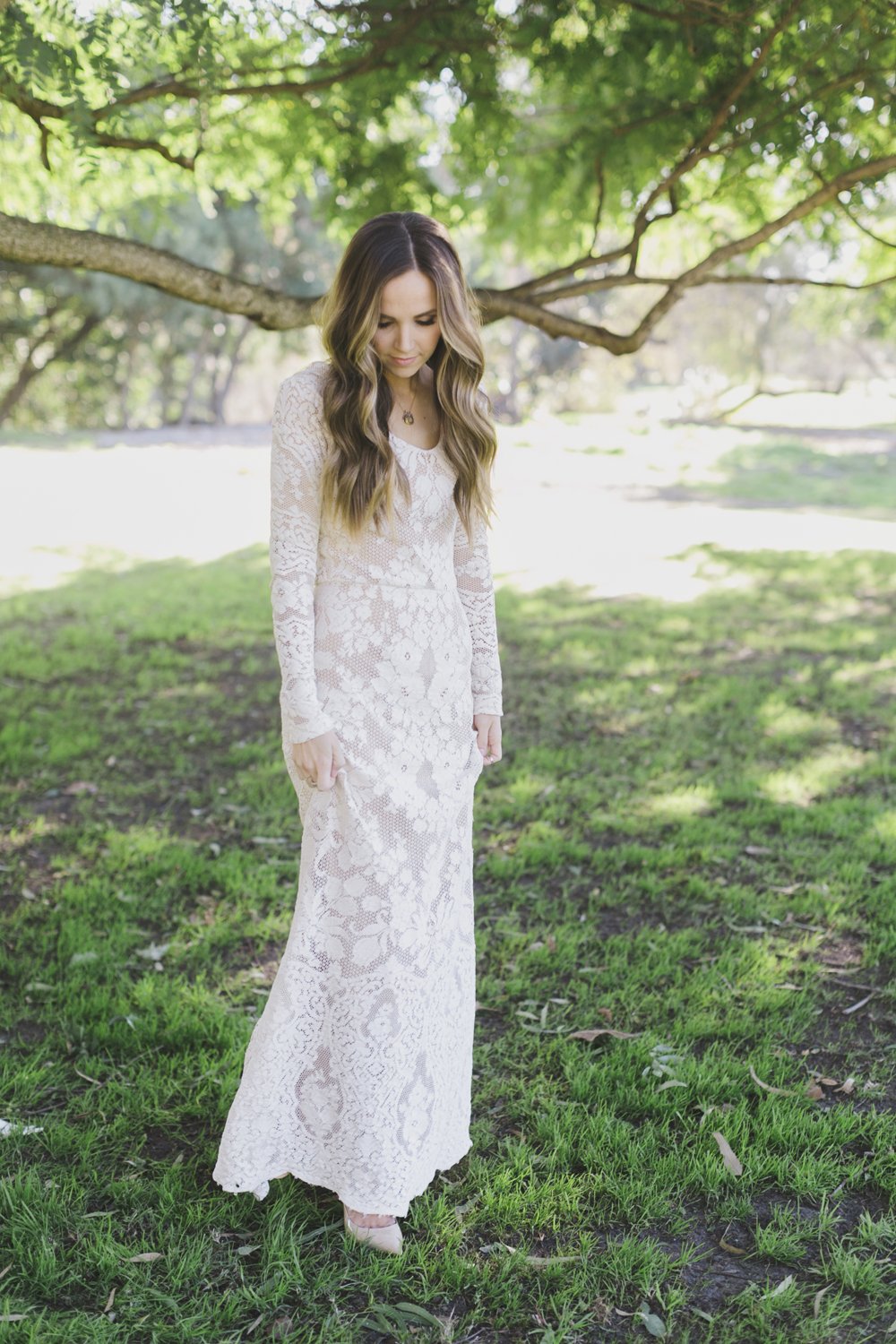 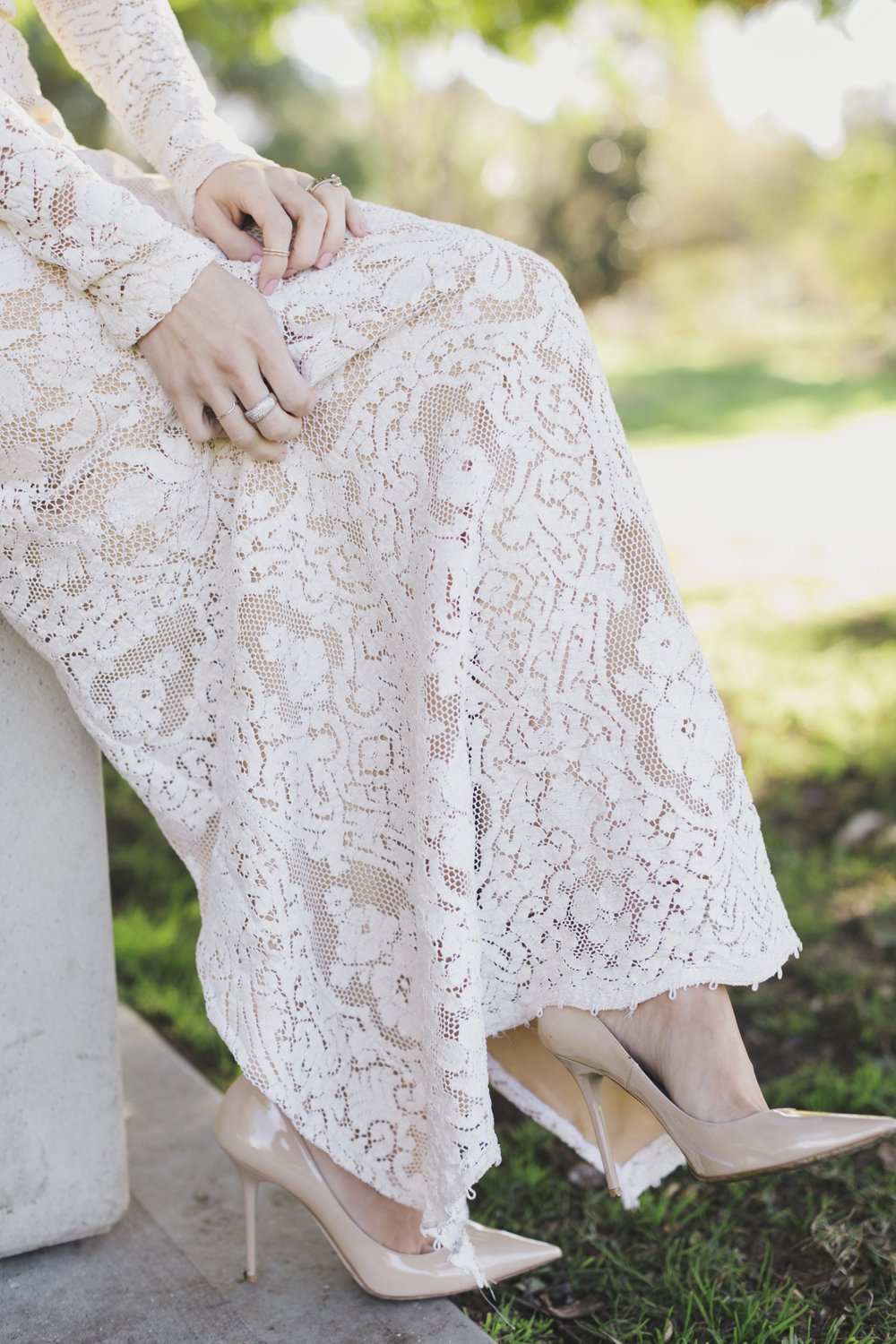 I’m so happy with how the look of the rings came together; the band adds perfectly to my wedding ring, making it look complete! I was so impressed by the huge selection that Jared had, and the incredible prices for such high quality diamonds and metals.

They have a stunning selection of bridal rings, anytime rings, necklaces, and even special anniversary rings (I love these infinity rings so much). They carry pieces from the best brands and so many in their collection are exclusive to Jared. Jewelry is always a good idea, and always makes a perfect gift. Now I’m looking at watches for him from their collection!

It’s been an incredible ten years with this incredible man. He’s smart, funny, hardworking, thoughtful, and such a good dad. We’ve bought two houses, moved twice, had three babies and two miscarriages, traveled as much as we possibly could, and laughed a lot. This ring was the perfect way to honor all of that.

Here’s to one hundred more.