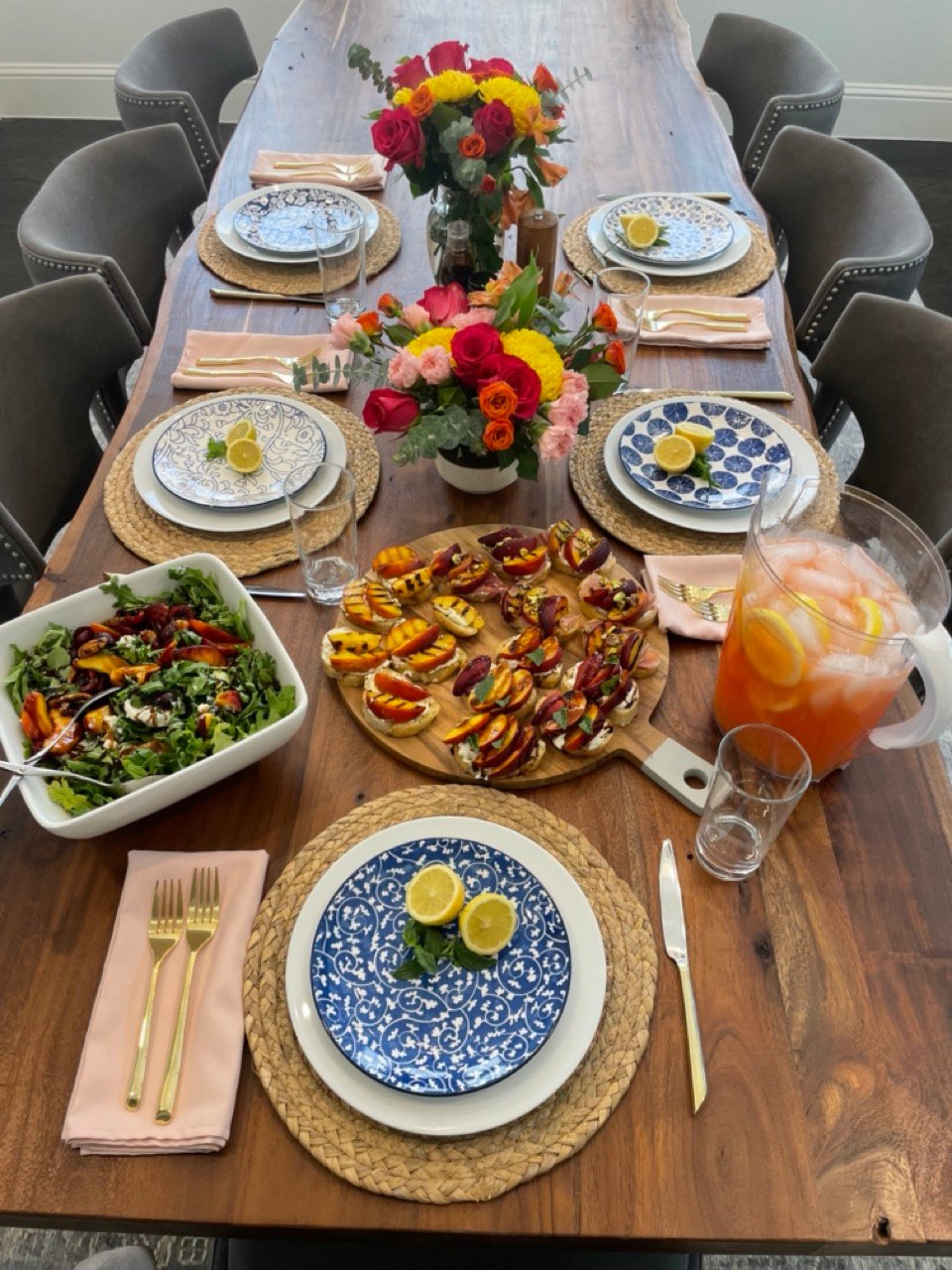 This summer I kept getting ads on Instagram for The Peach Truck. I’d never heard of it, but finally after getting the ad several times, I clicked over and discovered that it’s a Tennessee based company that delivers fresh boxes of peaches all over the south!

So naturally I tried to convince Philip that we needed to buy 25 lbs of peaches. He wouldn’t go for it.

So I tried my next plan of attack…I texted a few of my friends and asked them to go in on the peaches with me. And better yet, how about they all come over to my house for a peach party! So we did just that.

Also we bought matching t-shirts, because it just felt like the right thing to do.

Here’s how the Peach Party worked

I ordered the peaches and picked them up on the designated drop off day. We split the cost of the peaches between us. When I picked up the peaches, they were very hard, but they told me they’d be ripe in a few days so I just needed to set them on the counter and they’d ripen.

I had all the girls come over four days later and they were perfectly ripe.

Since I was hosting, I chose the menu. And since it was lunch, I felt like a peach salad and some peach crostinis were plenty of food. We also made peach lemonade and peach cobbler, so there was plenty of food.

If you want to split it more evenly, just assign one recipe per person and have them bring ingredients for that item.

Here are the recipes we used

I hope this inspires you to grab some peaches this summer and make something yummy! 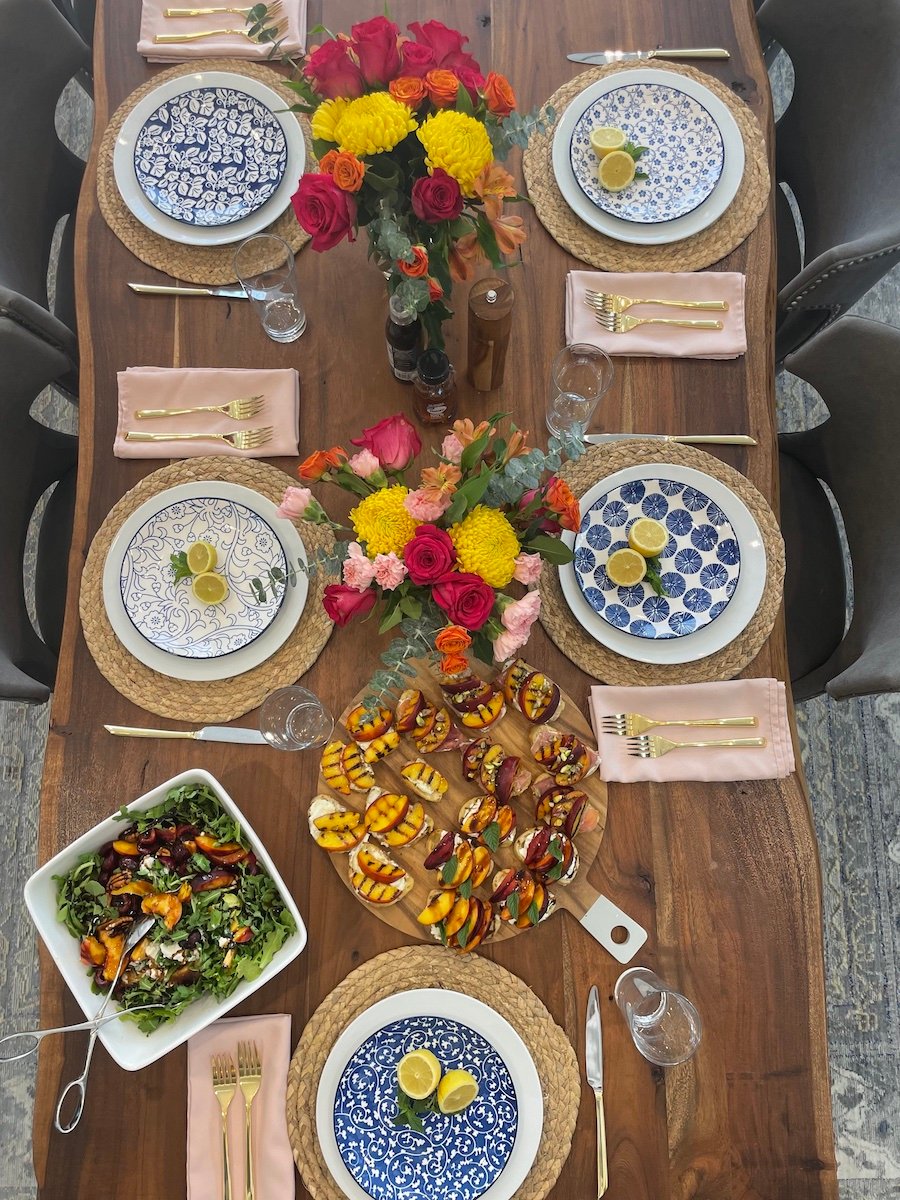 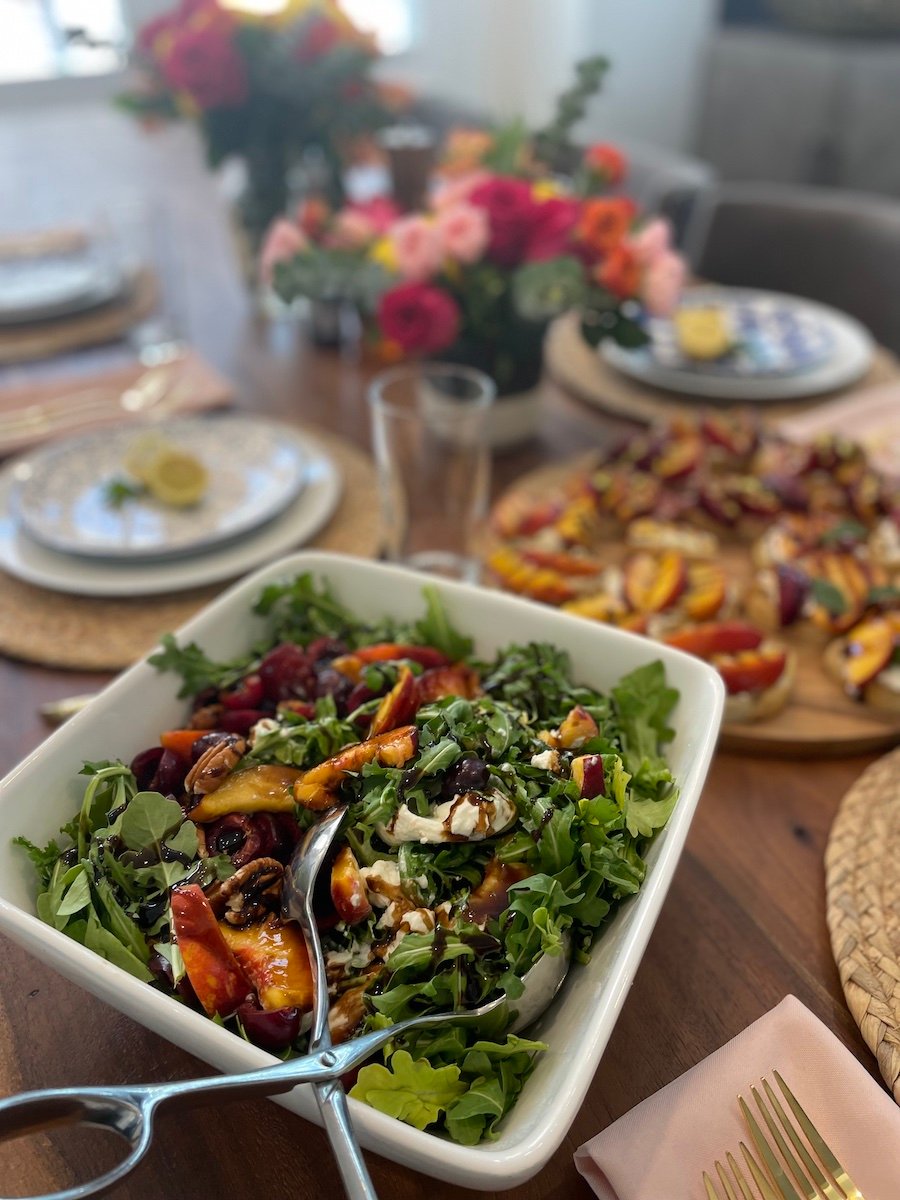 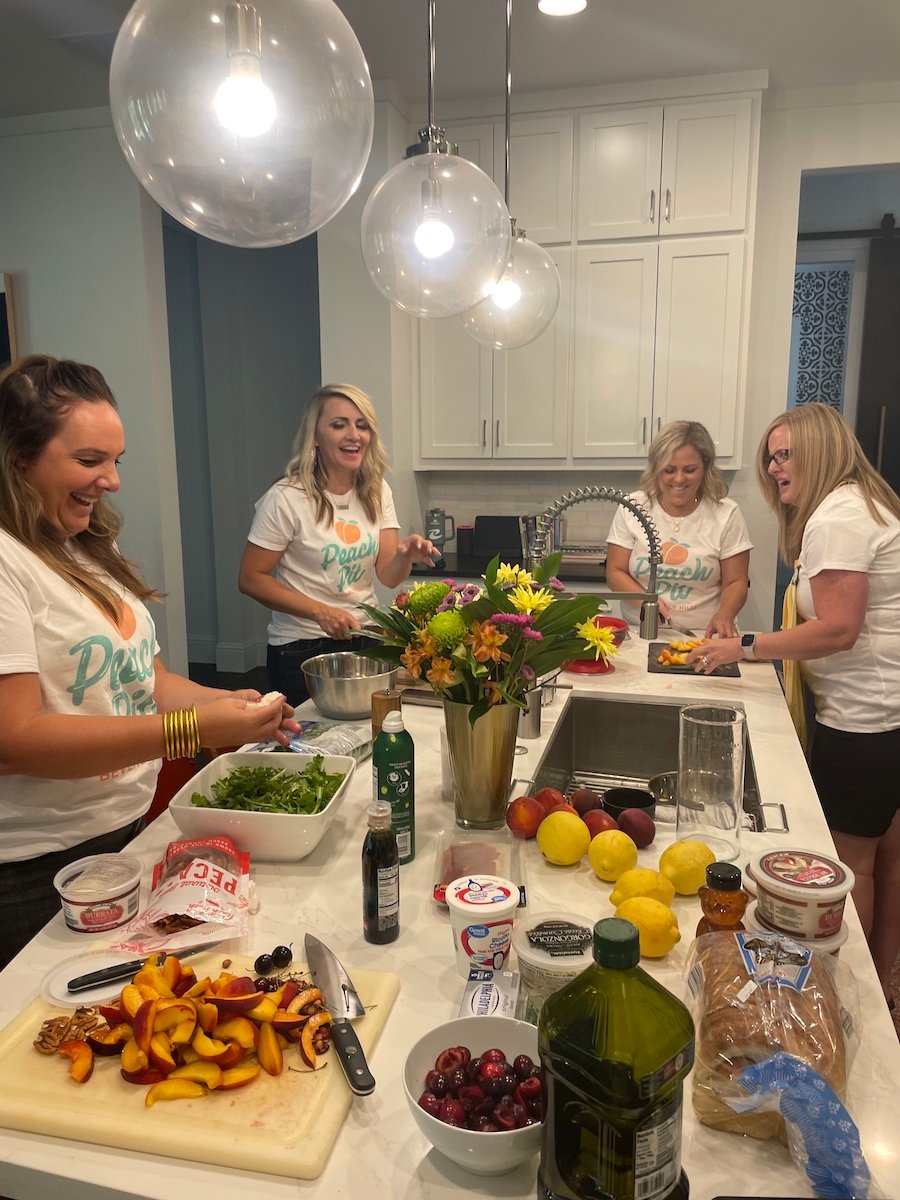 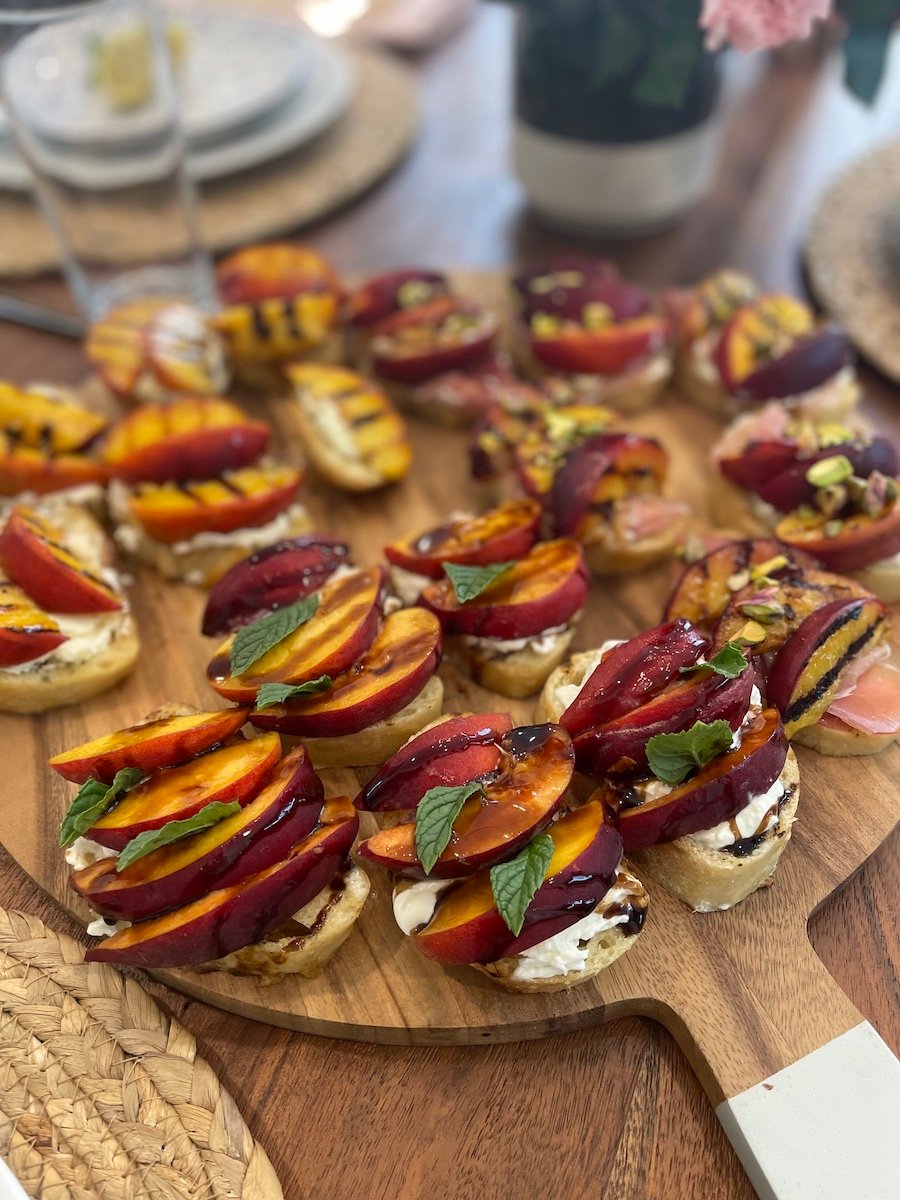 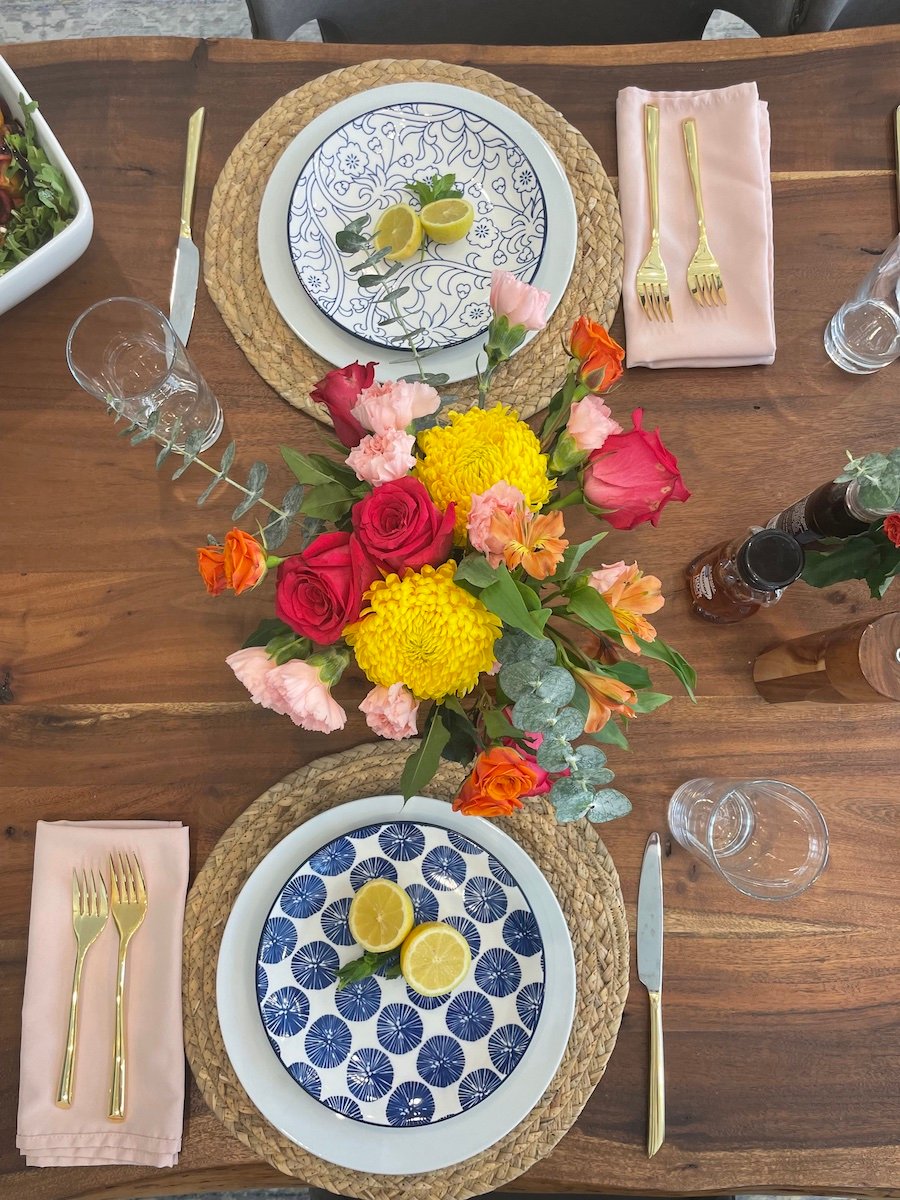 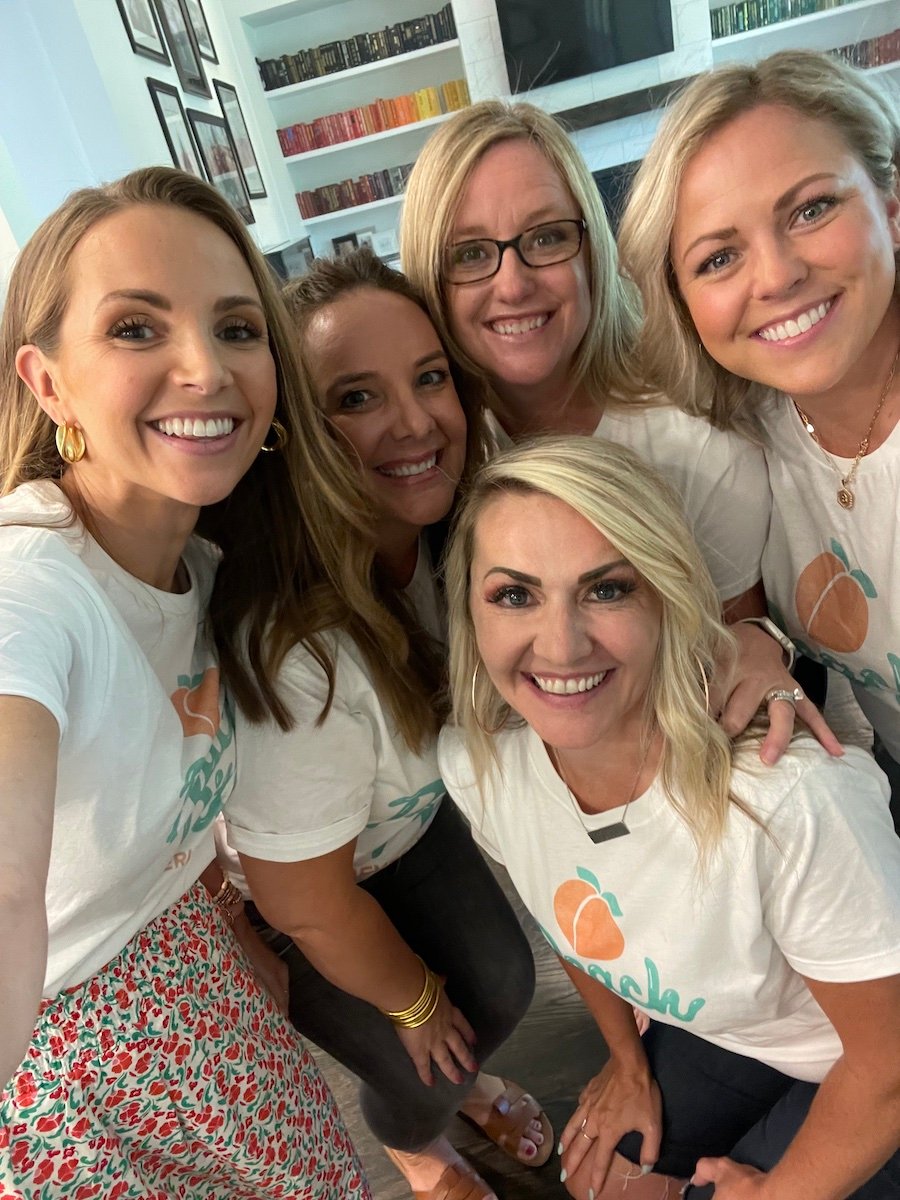